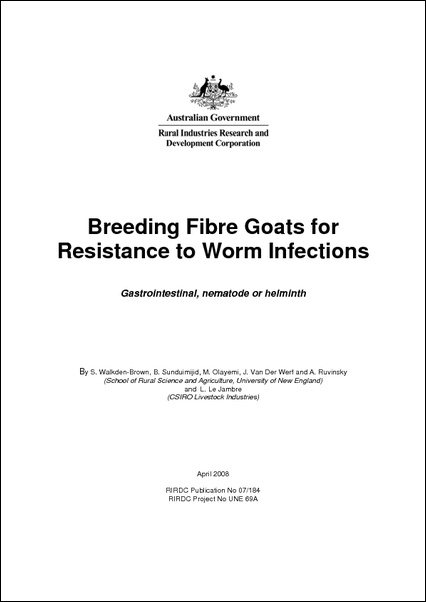 The major aim of the project was to obtain genetic parameter estimates for worm resistance traits and production traits in Australian Cashmere and Angora goats, and phenotypic and genetic correlations amongst them.

The project results are of interest to geneticists and goat breeders worldwide, with special relevance to Australia. The use of worm infections with worm species common in both Northern and Southern regions in Australia means that the results should have broad application in the Australian industry.