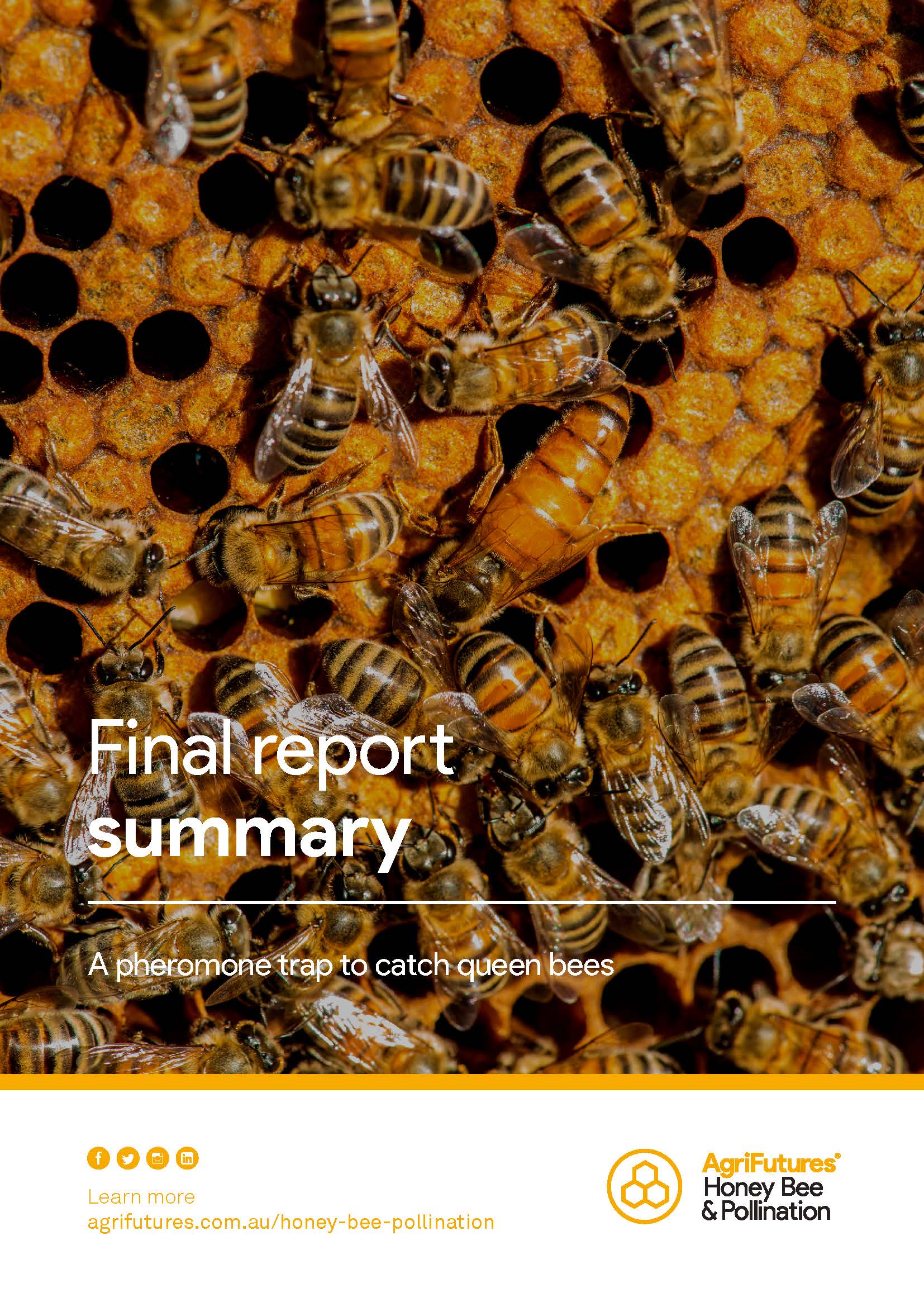 One of the most time-consuming tasks in beekeeping is locating queen bees. Most beekeepers replace queens every one to two years to ensure that their colonies remain strong, productive and docile. The old queen must be removed before the new queen is introduced. Finding a single queen in a colony of tens of thousands of workers may take anywhere from a few minutes to an hour. For commercial beekeepers running 1,000 hives, an efficient trap could save tens of thousands of dollars per year in labour costs. Beginner beekeepers would also find the requeening task much more straightforward.

This project researched the feasibility of developing a pheromone trap to attract and catch queens. This was done by investigating the attraction of queens to a number of potential attractants, including live and dead mated and virgin queens and pheromones collected from various parts of their bodies; hexane, dichloromethane and methanol extracts of clean and unclean brood comb, as well as fractions of these extracts; and Nasanov pheromone, queen pheromone and a moth pheromone.

If anything, queens were repelled by the presence of queens or extracts from queens. However, queens were attracted to hexane extracts of brood comb. We sought to chemically characterise the constituents of this extract and identify the causative agent(s). The chemical profiles of hexane extracts of empty comb, unclean comb and clean comb were very similar. No individual fraction of these extracts elicited a consistent response from queens; it may be that multiple fractions in combination are required for queen attraction. We successfully created a mechanical trap that queens can enter but not exit. Based on these results, we have had discussions with potential industry partners to further develop this project. 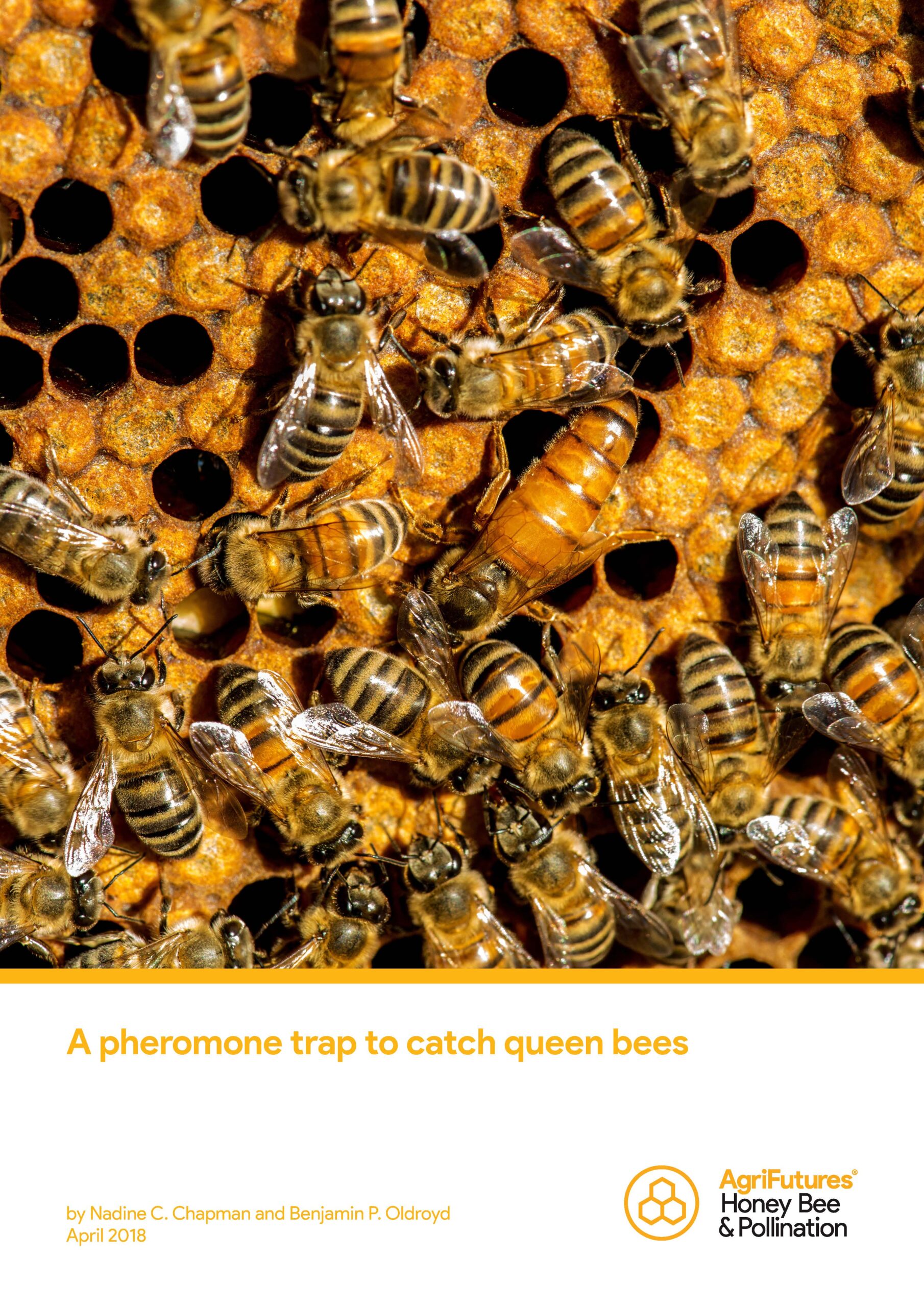