Final report summary: Improving jockey safety through the use of virtual reality and biomarkers of concussion | AgriFutures Australia Skip to main content
Close 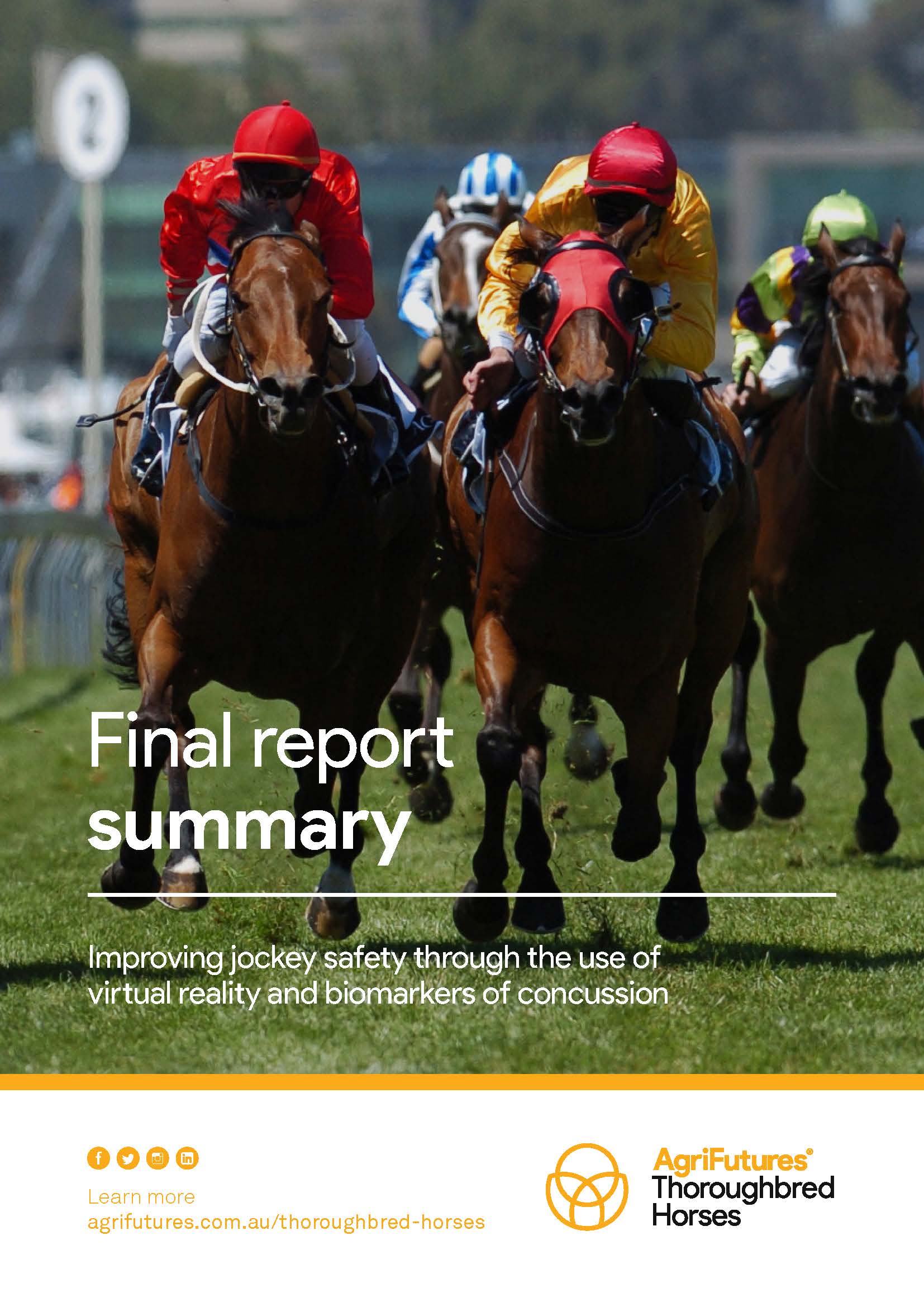 Jockeys are exposed to serious health risks in their workplace and these risks are exacerbated by occupational stress. Rates of concussion among jockeys are very high. Injuries among licensed jockeys in the years 2002-2010 led to claims that cost $9 million per year, with the mean cost of a race day fall $33,756. If the fall involved a head injury, the mean cost was $127,127.

Pilot research as part of this project showed that when jockeys reported high stress in concert with signs of dysregulated stress physiology, their decision-making was substantially impacted. Such decrements likely increase the fall-risk in stressed jockeys.

This research aimed to determine whether a novel virtual-reality concussion tool, CONVIRT, which was built specifically to test jockey concussion, could provide evidence that better informs return-to-ride decisions. CONVIRT places the participant in a virtual horse race where they must respond to stimuli that assess visual processing speed, attention and decision-making by tracking eye speed and manual reaction times. Additionally, the viability of novel blood biomarkers of concussion, which may similarly inform prognosis and return-to-ride decisions, was studied. This is an important area of research, as there is mounting evidence that after a fall, the brain injury may persist long after concussion symptoms recede.