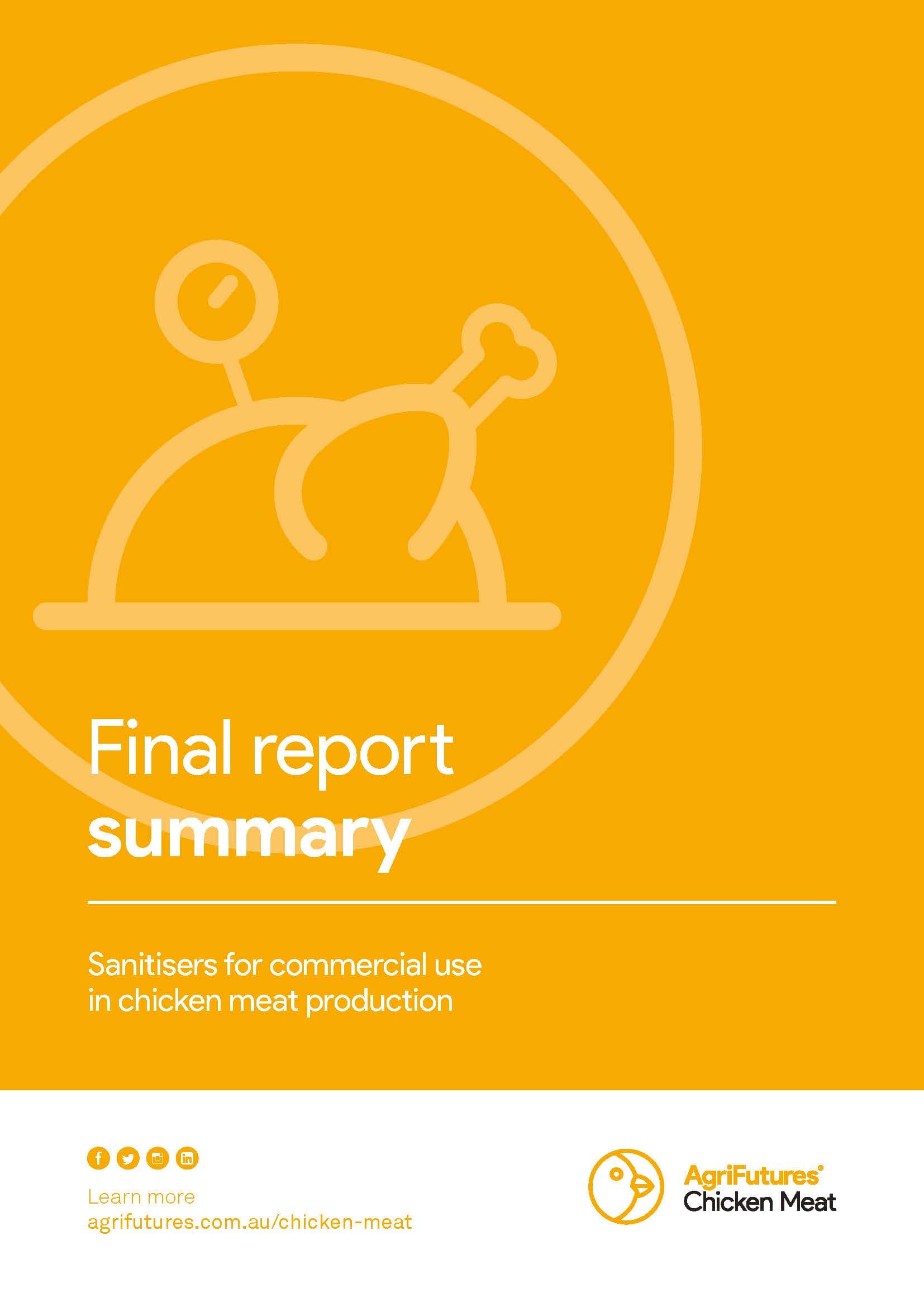 Consumption of Australian poultry meat has risen more than 49% in the past 20 years, surpassing beef, pork and lamb. This increased popularity is linked with the retail price stability of chicken meat, which has not increased substantially over the same period. Broiler birds, however, often carry bacteria such as Campylobacter and Salmonella that are frequently the cause of human gastrointestinal disease. Thus, limiting foodborne bacteria on the surface of chicken meat is important to human health.

Different experiments conducted in this study suggest that ASC is efficient at reducing foodborne pathogens, however further research into the health and safety implications of this sanitiser in processing plants is necessary. The data obtained are useful for both processors and auditors, and provide evidence towards potential variation in processing requirements, which is essential to receive approval from the Controlling Authority.