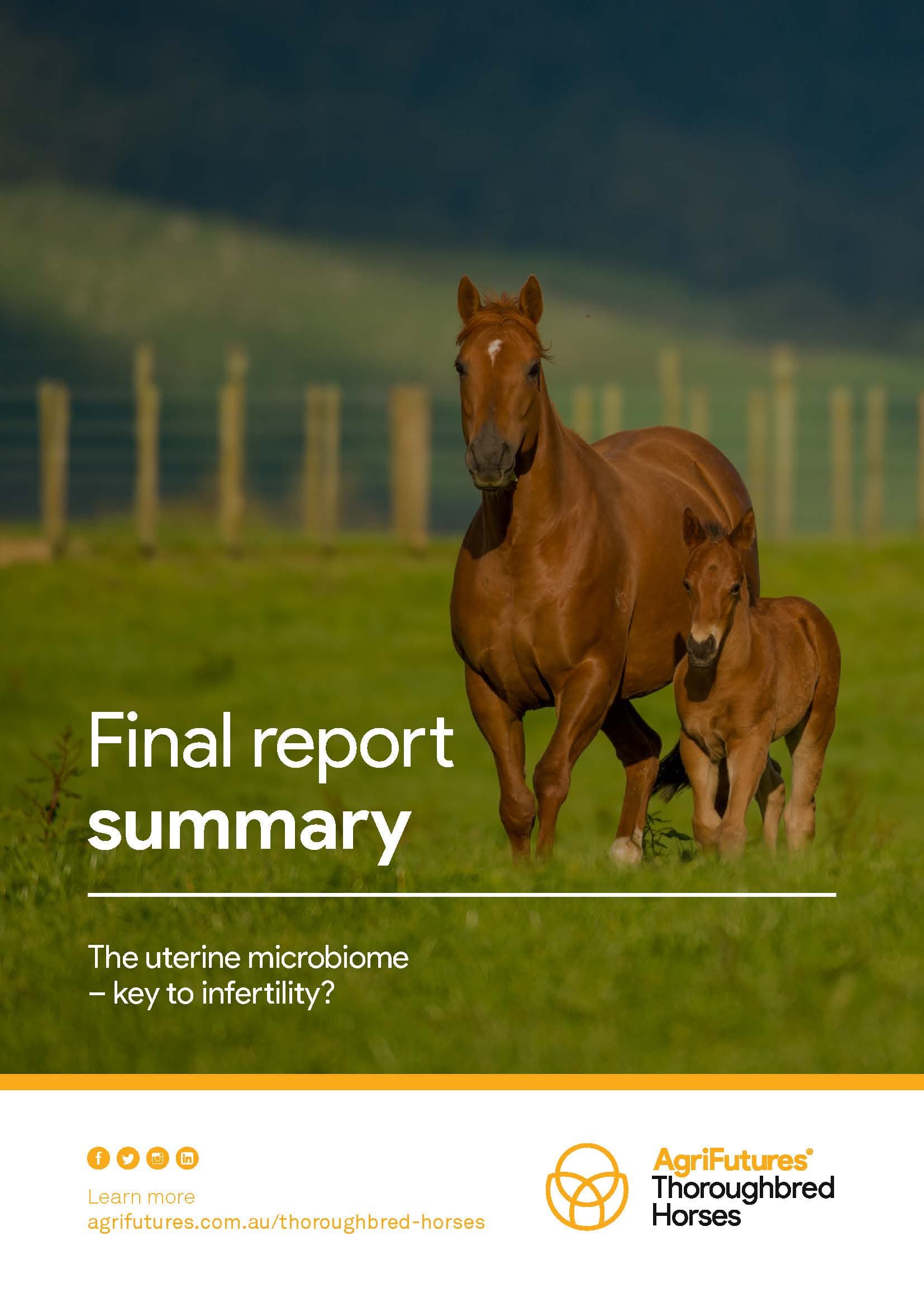 The objective of this project was to characterise genetic material from the community of all bacterial organisms (microbiome) residing in the uterus of mares and on the penis of stallions at several time points. Very little is known about the relevance of the microbiome and how it relates to fertility in horses.

The study showed that barren mares that fail to conceive during the breeding season harbour more genetic bacterial material in their uterus than mares that do conceive. Furthermore, conventional identification techniques only isolate a small number of bacteria in the equine uterus, many of them known pathogens; the microbiome identification technique used in this project found more bacterial species than would have been found using conventional methods.

This may be relevant for diagnostic testing of infertile mares and suggests there is a need for more sensitive detection methods. The study also found that the stallion’s microbiome is influenced by the environment and can change significantly during the breeding season. This highlights the need for good hygiene practices at the time of mating in order to minimise biosecurity risks.