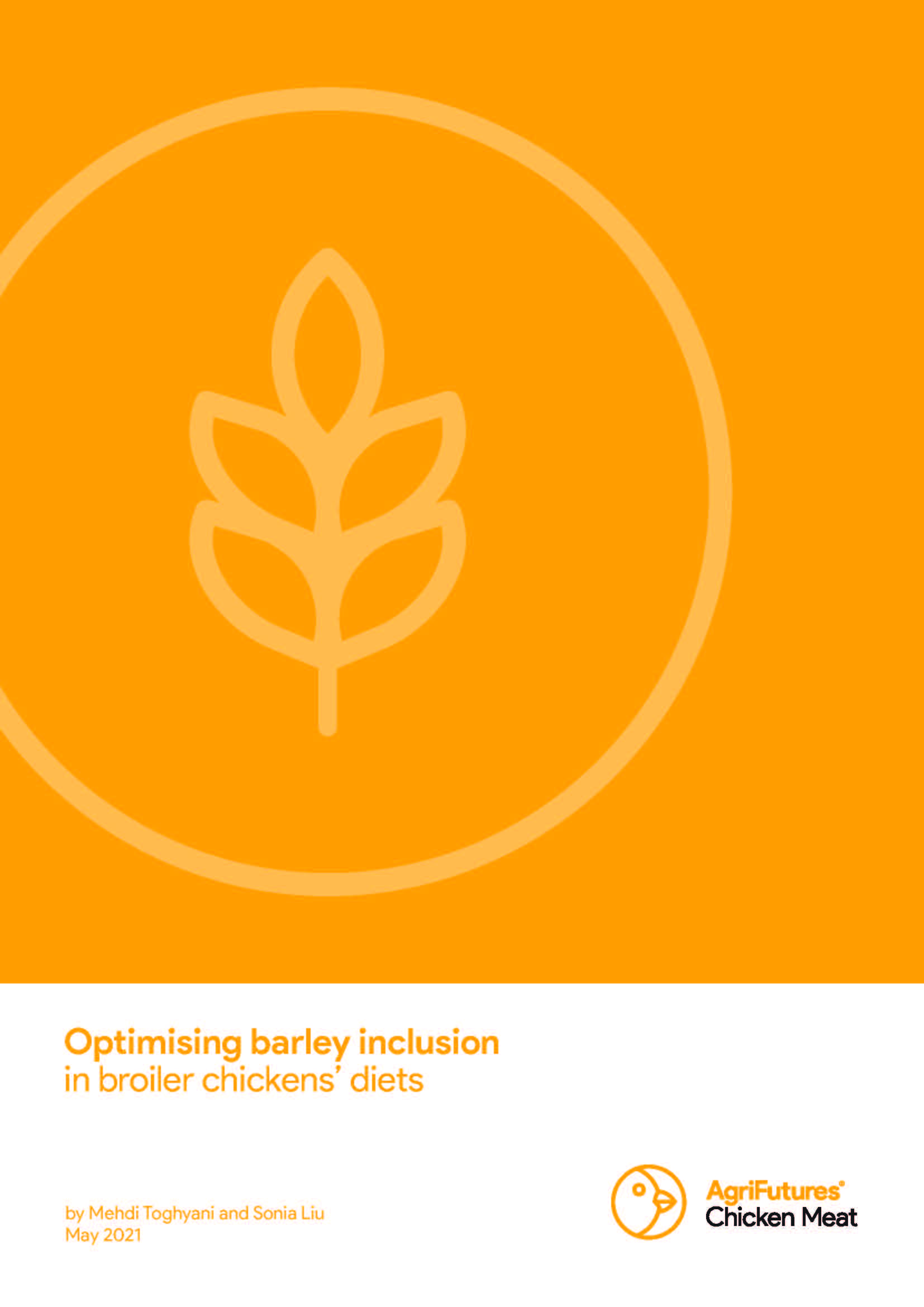 Feed represents the highest variable cost of meat chicken production, accounting for 60-80% of the total cost depending on the farming system, i.e., intensive, free-range or organic rearing systems. As a nutrient, dietary energy is the largest and most expensive component of broiler chickens’ diets, often supplied by high inclusion (60-70%) of cereal grains. In Australia, a wheat-based diet is commonly used in poultry production, and this diet is often supplemented with exogenous xylanase to mitigate the negative impact of non-starch polysaccharides (NSPs) on birds’ growth performances.

Barley (Hordeurn vulgare L.), the fourth-most produced grain globally, can also be included in broiler diets as an energy-contributing ingredient. However, inclusion of barley in broiler diets is limited, mainly due to its high fibre content, low energy (ME) and high levels of soluble NSPs (Jacob and Pescatore, 2012). On a dry matter basis, barley has 33.3% and 55.2% higher crude fibre and 46.5% and 95.0% higher soluble NSPs than wheat and corn, respectively (Choct, 2006; Bach Knudsen, 2014). The concentration of soluble β-glucan is almost 10 folds higher than that of wheat (Jacob and Pescatore, 2014). Barley has a lower and more variable (40-55%) starch concentration than corn (62-67%) and wheat (55-60%). The protein content of barley is often more than 2% higher than corn, but less than wheat – although when expressed as percentage of total crude protein, barley amino acid profile is comparable to corn and wheat, and its protein and amino acid digestibility coefficients are much lower (McNab and Shannon, 1974). Also, due to its high fibre and low starch content, high inclusion of barley has been reported to compromise pellet quality and durability.

Considering current market trends for Australian barley and the lack of updated literature, it is necessary to re-establish the optimum inclusion rate of barley in meat chicken diets. This would enable nutritionists to confidently formulate more-cost-effective diets and focus on maximum profitability. The present study was designed to quantify the optimum inclusion rate of barley for different growing phases and to test whether alongside a commercial xylanase a higher dose of β-glucanase is needed to fully counteract the negative effects of high barley inclusion on the performance meat chickens.