The aptly named project: Detecting the silent carrier: Can we eradicate strangles from endemic horse properties? is led by Professor James Gilkerson, Professor of Veterinary Microbiology at The University of Melbourne, who is determined to find a way forward for the industry.

“The highly infectious nature of strangles has serious ramifications for international horse transport and can have devastating economic impacts on local breeding operations,” said Professor Gilkerson.

“In fact, you can tell exactly how horses move around the world because of the genetic similarities between the strangles’ isolates that pop up in various locations.”

“It is the single most common infectious disease globally, yet it is the disease we seem to have learned to just live with — I don’t think that’s good enough anymore.”

Why is strangles so infectious?

Caused by the Streptococcus equi bacteria, strangles is spread through close contact between horses. Affected horses commonly appear depressed, with a high fever, nasal discharge and large abscesses in the lymph nodes. When these abscesses rupture, they emit excessive amounts of infective material that can quickly spread from horse-to-horse by direct contact with the pus, or by ‘fomites’, objects contaminated with the pus. These bacteria enter through the nose and cause infection and abscesses in lymph nodes of the head and neck.

According to Professor Gilkerson, while many abscesses rupture externally, some of these abscesses can rupture internally into the guttural pouch – an opening into back of the throat – leaving bacterial residue in the pouch, which dries up and forms tiny rock-like bacteria-containing structures.

“Even when clinical signs have resolved and the recovered horses appear normal, a proportion of horses remain asymptomatic ‘carriers’,” said Professor Gilkerson.

“These carrier animals intermittently shed bacteria and infect susceptible horses that they come into contact with.

“If we can find a way to identify ‘asymptomatic carriers’, we can potentially eradicate the disease.

“Simply isolating affected horses until all clinical signs have resolved is currently the most common way strangles is managed in Australia. From a disease transmission and a welfare perspective, we need to change our approach.”

According to Professor Gilkerson, the Australian dairy industry has already demonstrated an effective model with Streptococcus agalactiae mastitis, where infected animals can be identified, treated, and cleared of infection and in turn their ability to spread infection.

“Like S. agalactiae in dairy cattle, S. equi is highly host adapted and only lives in horses. This means we have a real opportunity to eradicate this disease from the population if we can manage the carriers. Identifying them is the first step,” said Professor Gilkerson.

Each year an estimated 13,000 thoroughbred foals are born across Australia. The breeding industry has approximately 18,000 participants (employees and volunteers) and contributes almost $1.2 billion to the Australian economy annually.

The Australian thoroughbred industry, and the Australian horse industry more broadly, experiences outbreaks of strangles each year. These outbreaks have the potential to severely disrupt horse businesses and prevent horses and riders from participating in equine activities and competitions. Large-scale outbreaks of strangles have resulted in quarantine of horses on properties until the situation was controlled, caused the cancellation of horse events, and resulted in whole yearling drafts being withdrawn from sales.

Victorian breeder Mike Becker and member of the AgriFutures Thoroughbred Horses Advisory Panel has been involved in stud management for more than 40 years. He has experienced the devastating impacts of strangles, having been through several outbreaks and witnessing firsthand the multi-faceted impacts on the animals, on staff, and the businesses affected by outbreaks.

“It is a horrific disease,” said Mike. “It’s awful to hear animals struggling to breathe and gasping for air, which impacts not only the wellbeing of the horses, but their handlers as well.”

In parallels with the COVID-19 epidemic, it is the severity of the disease and its ability to establish and spread undetected that causes Mike and the broader industry growing concern. The ability to test, track and isolate carrier animals would be a godsend according to Mike.

“During the breeding season you might have up to 200–300 mares on farm, and while you take precautions, you are only as safe as the next float coming down the drive.

“You don’t know the previous exposure of any of the animals coming onto the property and strangles is so transmissible you can have a problem before you recognise it.”

According to Mike, it is the ability of the disease to lay undetected for periods of time that is one of the industry’s greatest challenges.

“After the last outbreak, we thought six months on that we were clear and then it appeared in the next crop of foals,” said Mike.

“It would be an enormous step forward if we could test to ascertain the possibility of introducing infection. Anything that can curtail an outbreak will be warmly welcomed by the industry.”

Research overseas suggests about 10 – 40% of recovered horses are carriers, but more data is required to support effective eradication.

The objectives of the project are two-fold: identifying carrier horses and comparing the genetic code of carrier strains of the disease.

The Melbourne University research team has engaged a wide variety of horse establishments, with the hope of being able to access horses of various breeds across a range of equine industries.

Professor Gilkerson and his team will carry out serological antibody surveys, using an ELISA test developed at the Animal Health Trust in Newmarket, in the United Kingdom, to determine the proportion of animals with antibodies to S. equi.

“It’s really a numbers game,” said Professor Gilkerson. “The more horses you survey the more likely you will find a problem with strangles and the more recent the infection, the more likely we are to get an antibody positive result.”

Professor Gilkerson anticipates there will be differences in the proportion of carrier animals on different premises, which may reflect how recently the property has experienced a strangles infection.

“After identifying strangles-antibody-positive horses we will then carry out further investigations, to determine the proportion of these previously infected horses that are asymptomatic carriers,” said Professor Gilkerson.

For horses that are identified as carrying the antibody, an endoscopy will be used to gather any existing bacterial samples from the guttural pouch for genetic analysis. The team will compare the genetic code of carrier strains of bacteria with strains from contemporary outbreaks of strangles. This will enable a more accurate assessment of the role the carrier horse plays in contributing to outbreaks.

“We suspect long-term carriers may “shed” some of the genetic code of the bacteria over time and not be as infectious as those who have more recently had the disease,” said Professor Gilkerson.

“But we need to test this hypothesis if we are going to achieve successful eradication.”

Annelies McGaw, AgriFutures Australia Manager, Research is confident this project will provide the industry with data on the proportion of infected horses and the risk these silent carriers pose to the industry.

“With this information, veterinarians will be better equipped to detect and treat carrier animals, reducing the opportunity for these carriers to infect other susceptible horses,” said Annelies.

For updates on this project and the Thoroughbred Horses Program sign up for updates via agrifutures.com.au/ thoroughbred-horses/ 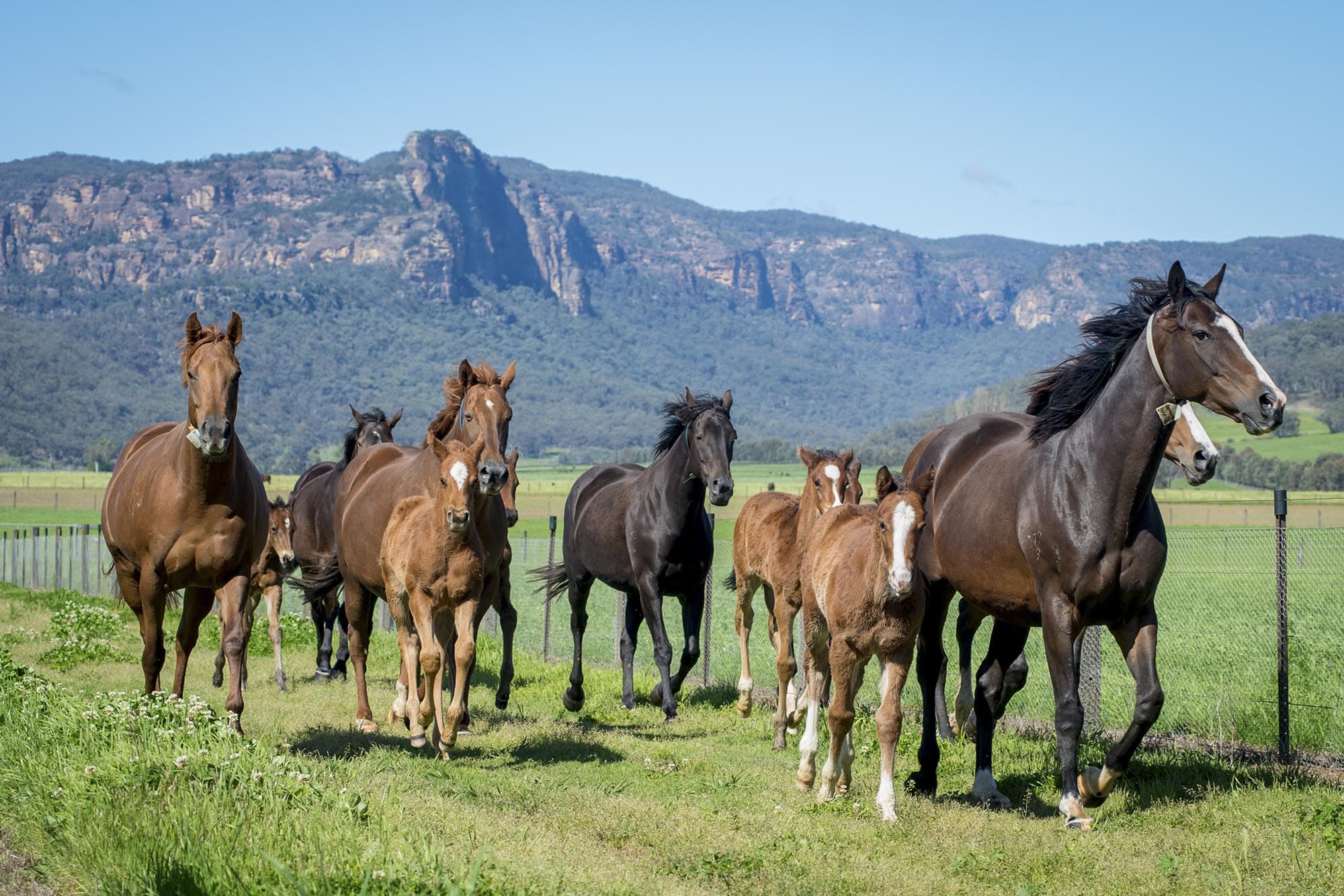