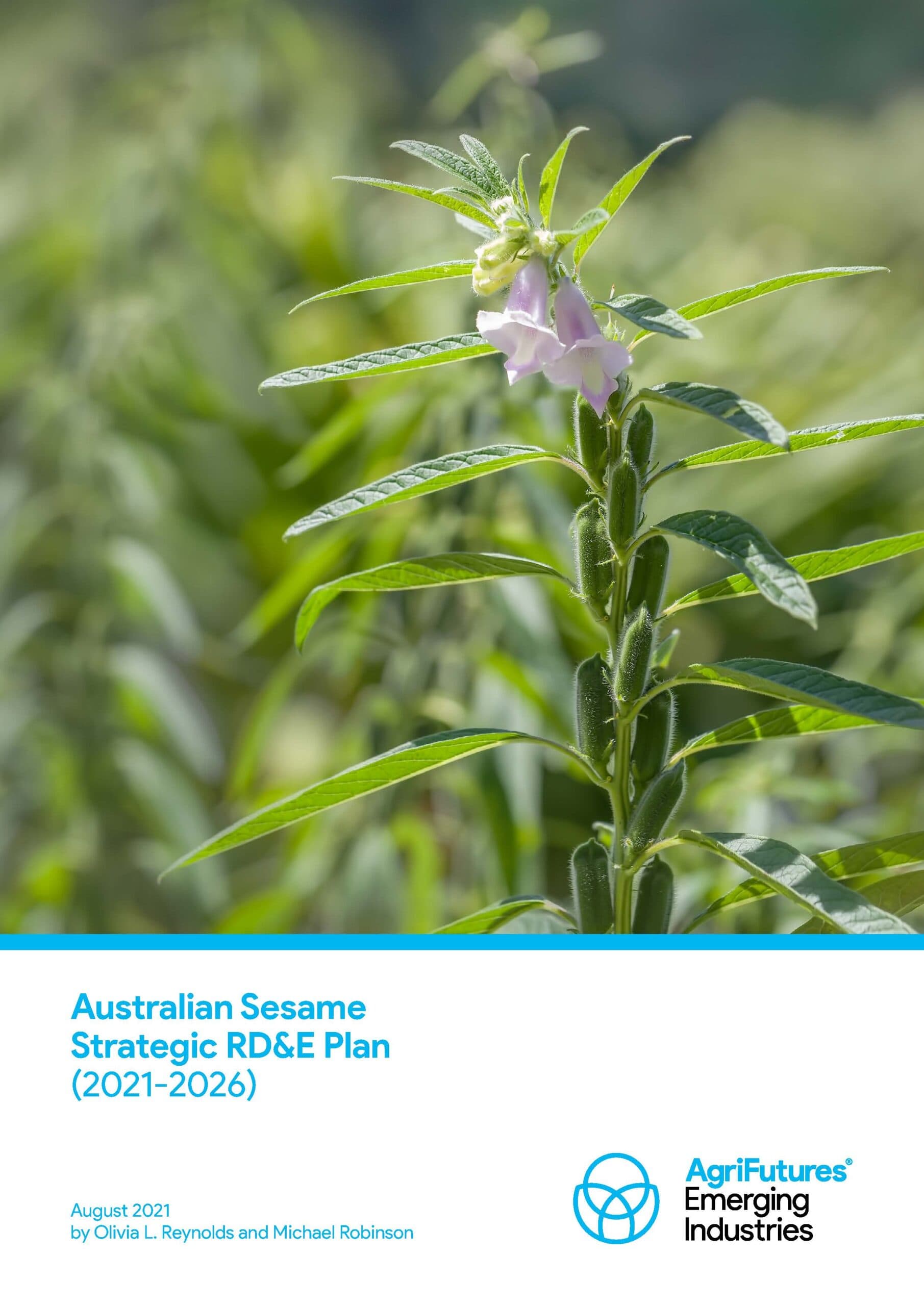 Sesame, Sesamum indicum L. (Lamiales: Pedaliaceae), is one of the oldest oilseed crops known to humanity. It is widely cultivated in subtropical and tropical regions around the world and grows optimally within the 25° north and south latitudes. Sesame is cultivated for its edible seeds, eaten as they are or added as an ingredient in meals, and for the oil used in cooking. Due to its antioxidant content among other benefits, it is also used in nutraceuticals and pharmaceuticals.

Australian and global demand for sesame continues to grow and opportunities for new markets and new uses are becoming evident. In 2018, the average world price of sesame reached US$1229/tonne, with black sesame seed prices significantly higher than white, and black sesame oil prices much higher again.

A sesame industry in Australia previously failed to establish, due largely to the lack of suitable genetics and processing facilities. Recently, the sesame industry has re-emerged in Australia with the introduction of new high-yielding, non-dehiscing varieties with high quality and adaptation to Australian conditions, that can be mechanically harvested. AgriFutures Australia funded the development of this Strategic Research, Development and Extension (RD&E) Plan to support the emerging Australian sesame industry. The Plan was developed through consultation with a Sesame Stakeholders Group (SSG) consisting of growers, industry, industry organisations, government and researchers. This has led to the establishment of an Industry Reference Board, now the Australian Sesame Industry Development Association (ASIDA), to lead the growth and development of the industry and this Strategic RD&E Plan.