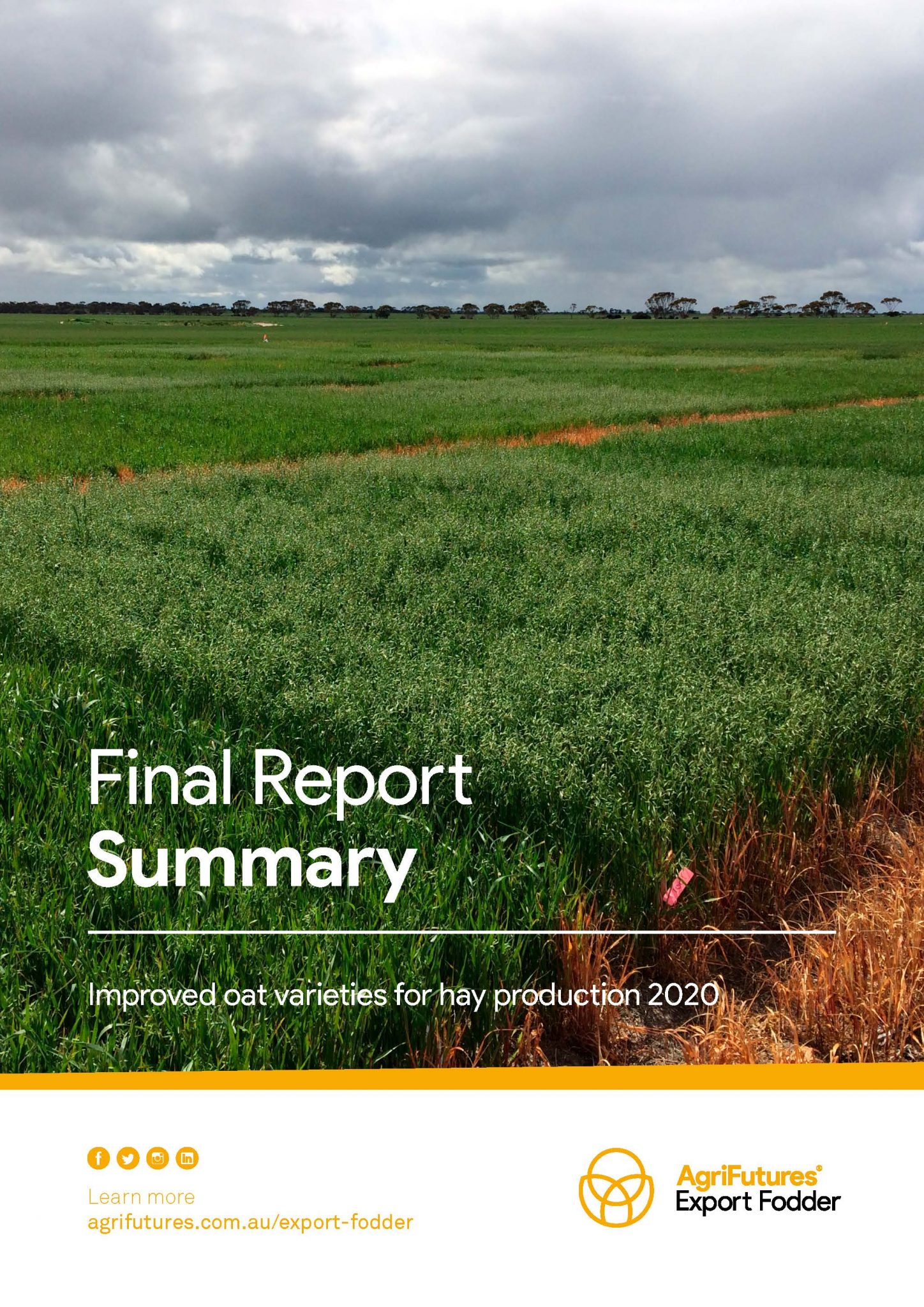 This report summarises the research conducted in the National Oat Breeding Program from January 1998 to December 2020. The report is a historical perspective of the creation and development of the first dedicated oat breeding program for improved hay varieties globally.

During the 22 years of breeding improved oat varieties for hay production, advanced breeding lines were promoted to yield trials based on hay productivity, hay quality, disease resistance and agronomic traits. There were eight hay varieties released as part of the program on a shoestring budget, with an average of 2.8 years between releases. An additional four varieties released from the milling grain stream have become popular for hay production. Three advanced breeding lines are in breeder seed production, with the first commercial seed increase in 2021. 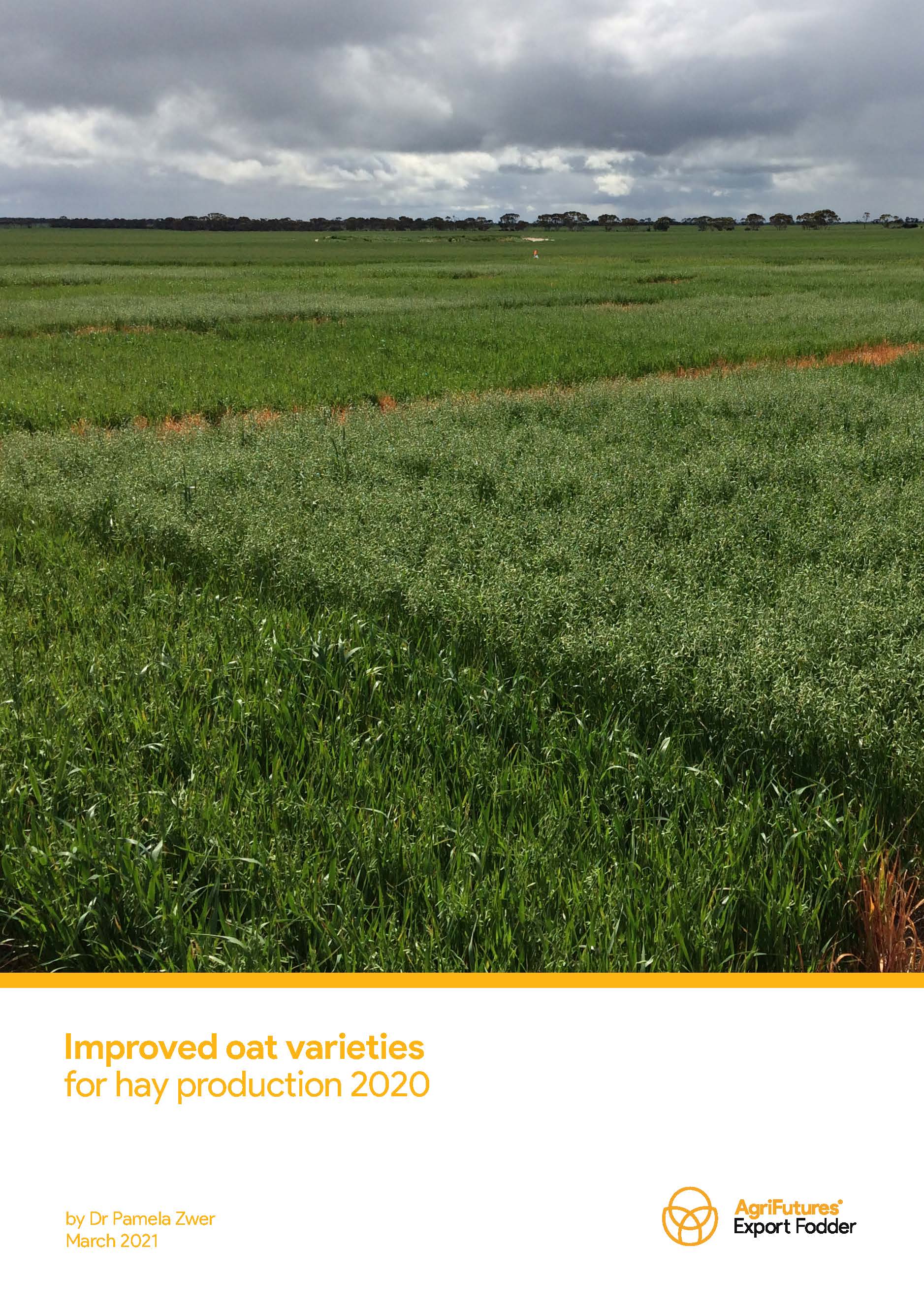 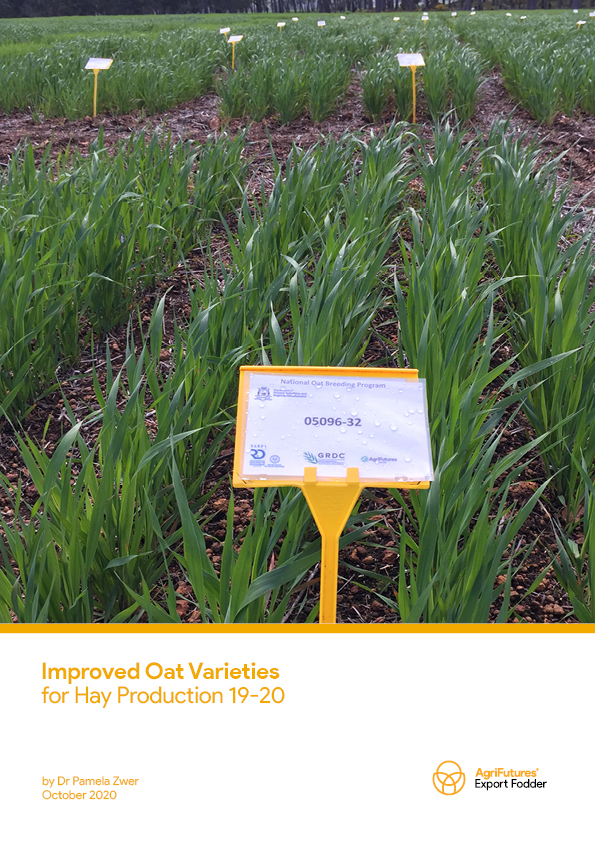 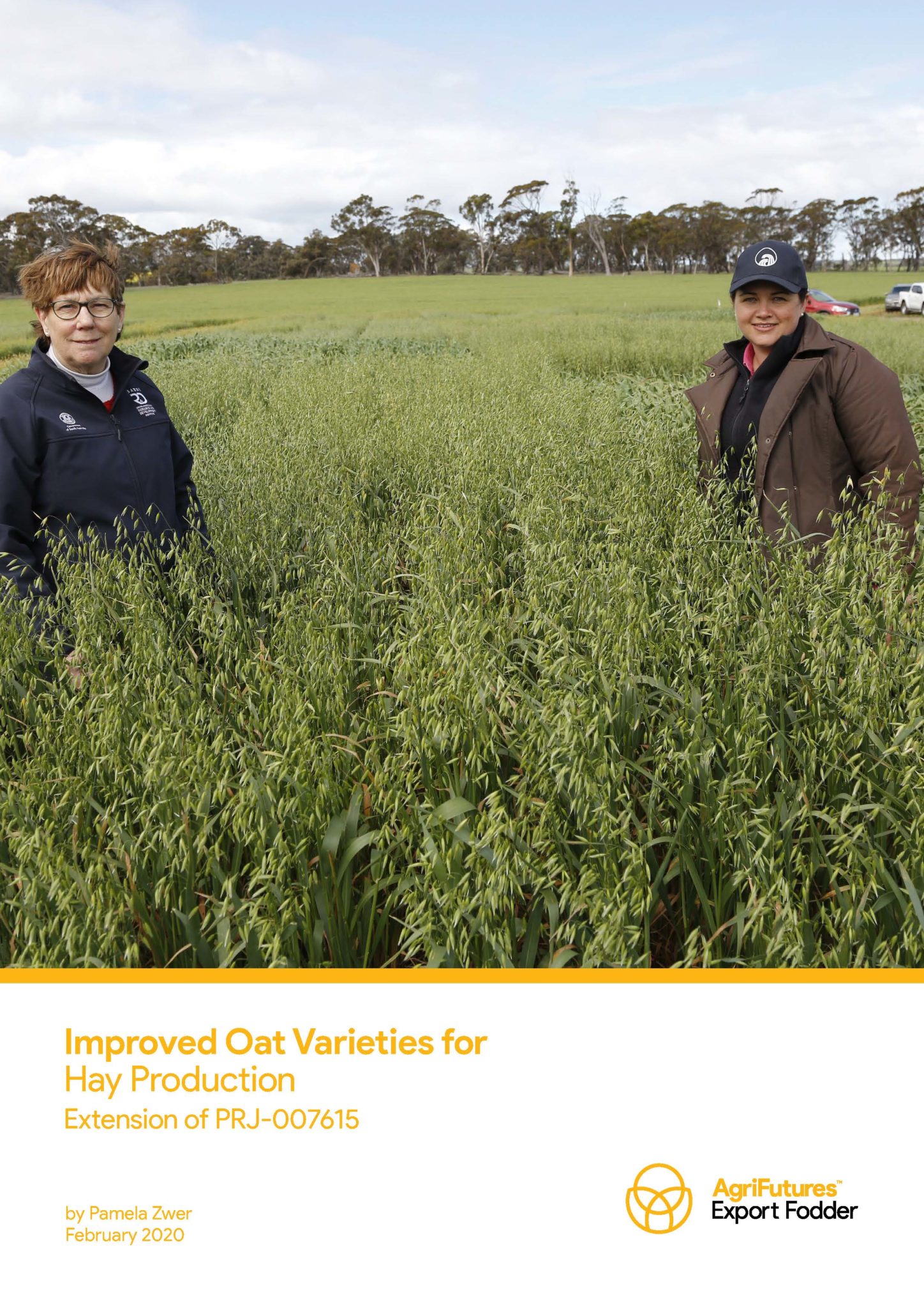 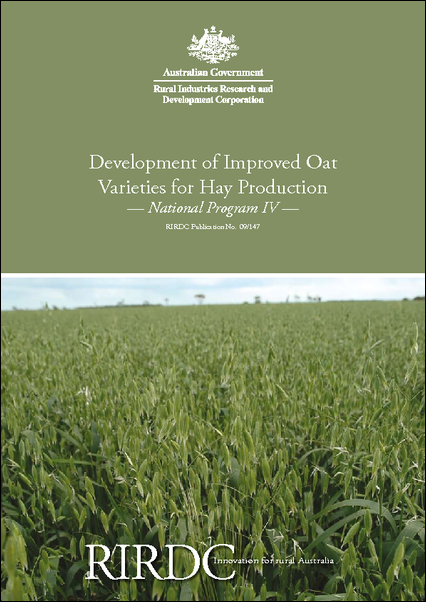 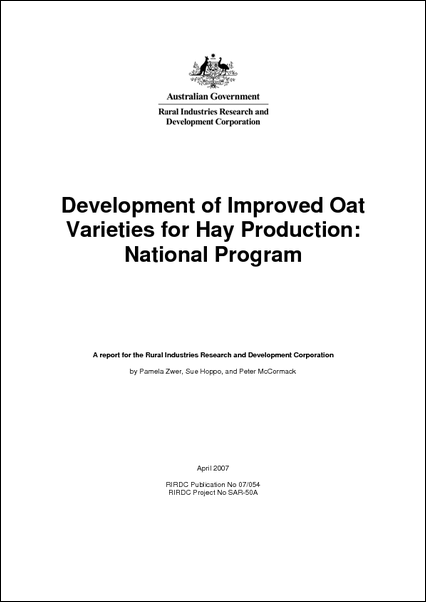 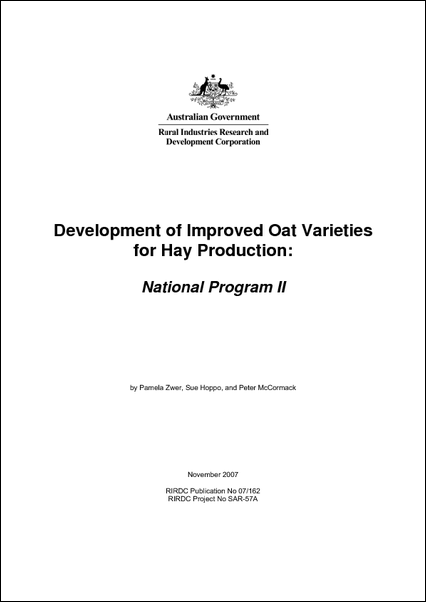 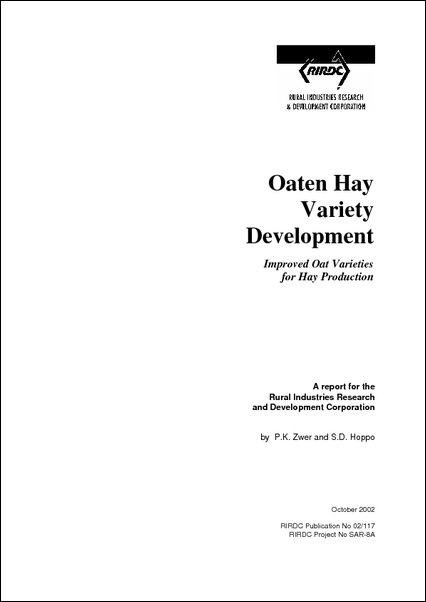