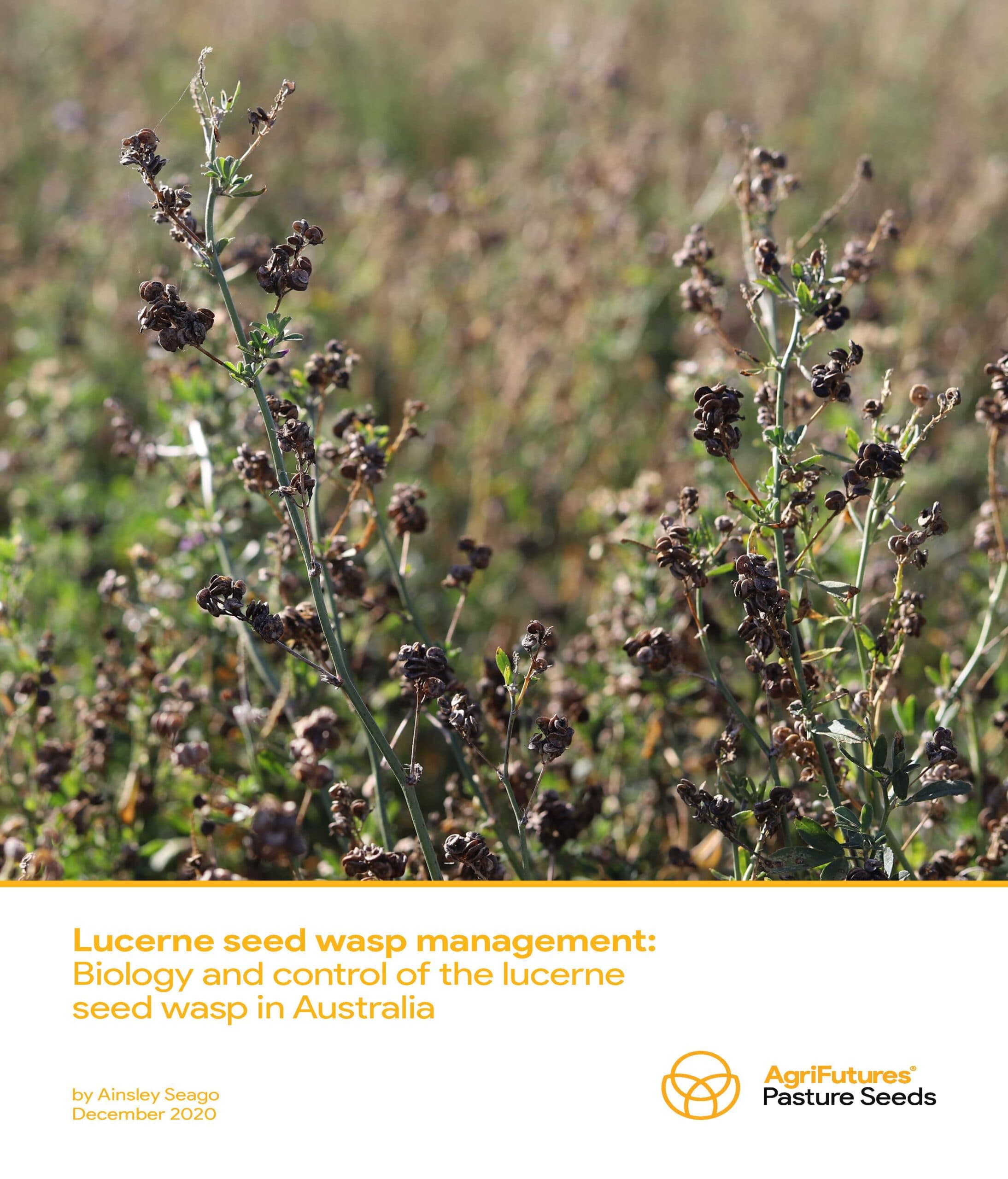 The Australian pasture seeds industry is a vital part of the pastures system and exports high-quality seed across the world. Each year, Australia’s lucerne (Medicago sativa) seed production industry loses millions of dollars’ worth of export-quality seed to infestations by the lucerne seed wasp (LSW; Bruchophagus roddi), a phytophagous insect whose larvae develop inside maturing lucerne seeds. A phytophagous insect is generally one that feeds on green plants. This pest decreases the amount of viable seed a stand of lucerne produces and negatively impacts the profitability of the pasture seeds industry.

In 2016, Lucerne Australia and AgriFutures Australia jointly invested in research, with in-kind support from the New South Wales Department of Primary Industries (NSW DPI), to gain a better understanding of LSW biology, explore potential control measures and investigate methods of predicting potential pest damage each year. This included reviewing the scientific literature on the biology and control of LSW in northern hemisphere pasture-seed production areas, and investigating the life history parameters of the pest under glasshouse conditions, while also monitoring population dynamics in the field throughout the growing season. The literature review showed that high soil moisture is more important than low temperatures during winter for causing heavy mortality of overwintering LSW.

A key finding of this report is confirmation that measures used to control northern hemisphere seed wasp populations, which have not previously been employed in Australia, show promise for Australian lucerne seed producers.

This report provides recommendations for developing a climate-based predictor of LSW numbers. If the development of a soil test is pursued, further research to identify the most appropriate timing for the test to be applied in order to predict LSW numbers during the growing season would be prudent. Additional research is required to inform, and subsequently provide producers with options to reduce, LSW survival over winter. 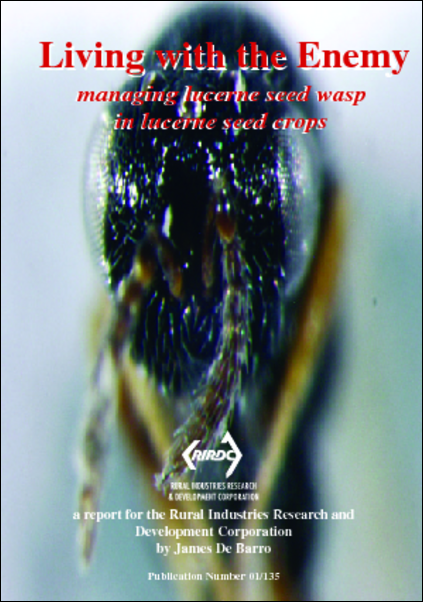 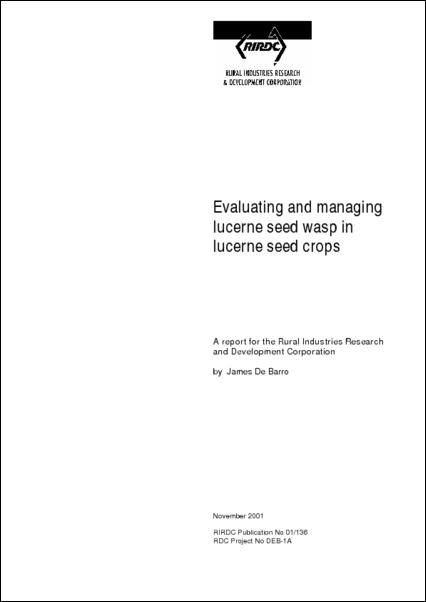