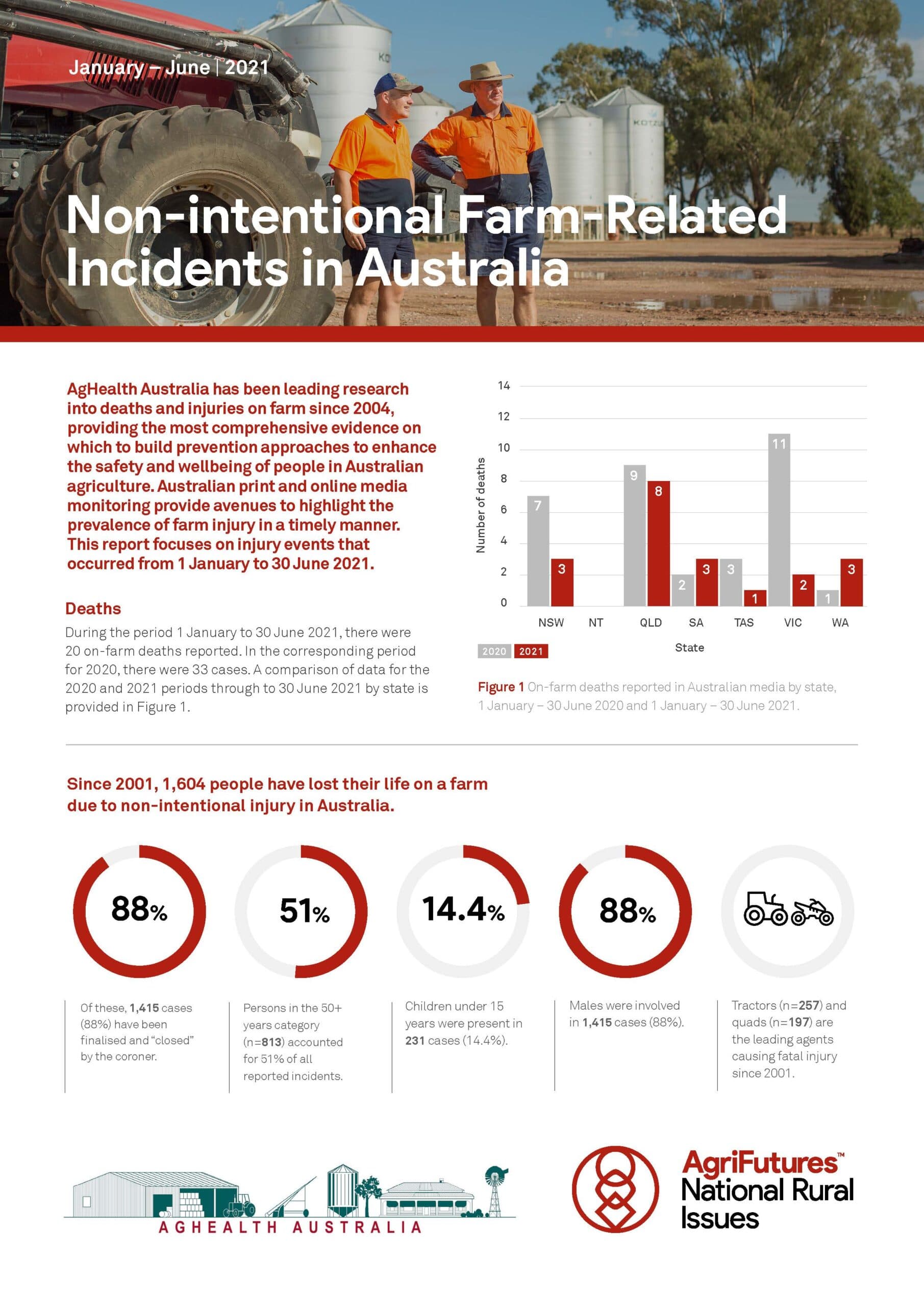 AgHealth Australia has been leading research into deaths and injuries on farm since 2004, providing the most comprehensive evidence on which to build prevention approaches to enhance the safety and wellbeing of people in Australian agriculture. Australian print and online media monitoring provide avenues to highlight the prevalence of farm injury in a timely manner.

An additional 70 non-fatal on-farm injury events were reported in Australian media for the current reporting period. Eight (11.4%) of the injury events involved children aged under 15 years. Quads (n=31) were the leading cause of injury. These incidents were followed by tractors (n=8) and horses (n=6). These three agents (n=45) accounted for almost 65% of all incidents reported. More than 70% of the incidents occurred in Queensland.