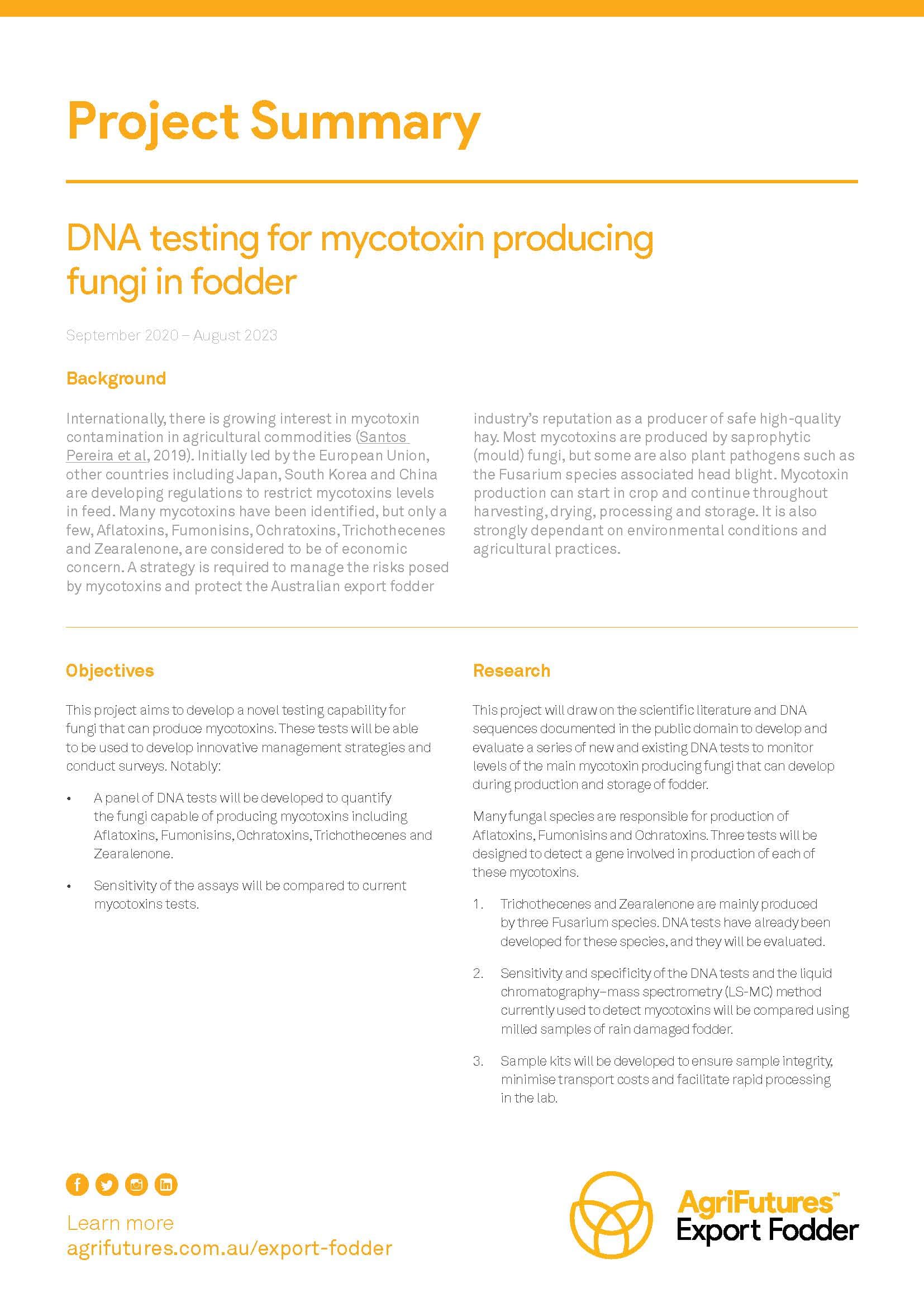 Internationally, there is growing interest in mycotoxin contamination in agricultural commodities (Santos Pereira et al, 2019). Initially led by the European Union, other countries including Japan, South Korea and China are developing regulations to restrict mycotoxins levels in feed. Many mycotoxins have been identified, but only a few, Aflatoxins, Fumonisins, Ochratoxins, Trichothecenes and Zearalenone, are considered to be of economic concern. A strategy is required to manage the risks posed by mycotoxins and protect the Australian export fodder industry’s reputation as a producer of safe high-quality hay. Most mycotoxins are produced by saprophytic (mould) fungi, but some are also plant pathogens such as the Fusarium species associated head blight. Mycotoxin production can start in crop and continue throughout harvesting, drying, processing and storage. It is also strongly dependant on environmental conditions and agricultural practices.