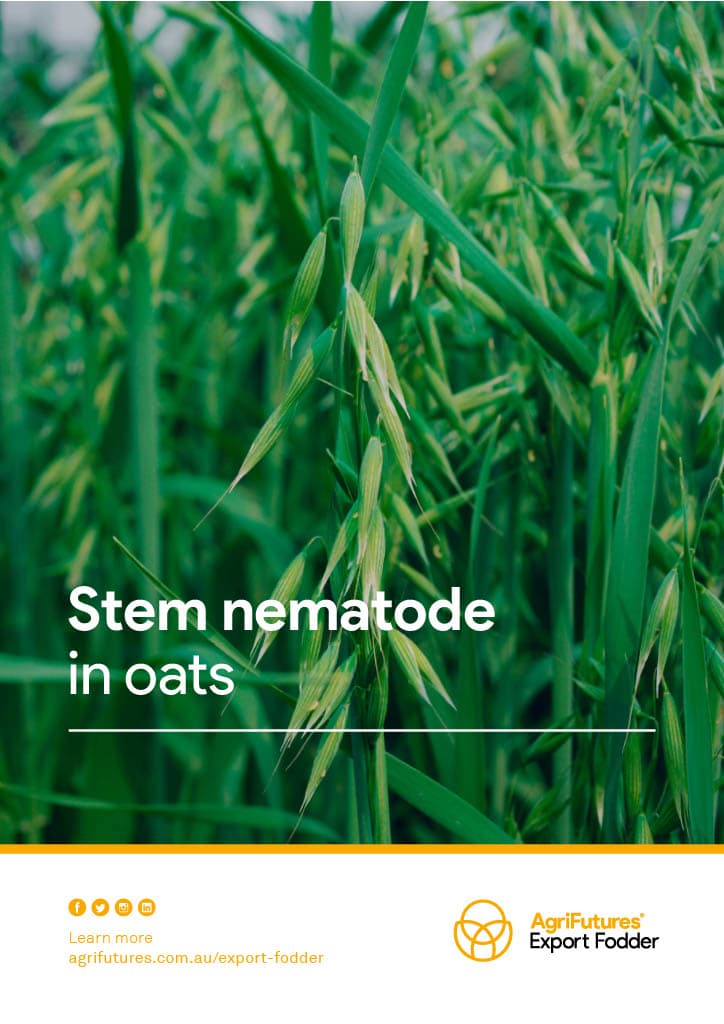 In 2020, stem nematode (Ditylenchus dipsaci) was observed causing severe patching in a commercial oat crop in the Mid North region of South Australia (SA). This was considered significant because very few outbreaks had been observed in the past 20 years, and the affected crop, Brusher oats (susceptible to stem nematode), followed two consecutive stem nematode-resistant oat crops, Mulgara and Tungoo. This project was funded to determine whether this stem nematode population is a resistance-breaking biotype.

The key findings of the project were: Pot studies indicate that the 2020 stem nematode outbreak is unlikely to be a resistance-breaking biotype; Results showed that the oat varieties Tungoo and Mulgara support low populations that pose a substantial risk to susceptible varieties; Stem nematode levels declined more than 30-fold in infested areas following a wheat crop (non-host) but the pest was still detectable after the one break crop.

Key information for growers: Oat varieties Tungoo and Mulgara will be reclassified as moderately resistant (MR), not resistant (R); Growers should avoid growing stem nematode-susceptible oat varieties after an oat or faba bean crop, and should also investigate poor-performing patches in oat crops. If plants show symptoms similar to those in Figure 1, send specimens to your local Department of Primary Industries representative to confirm diagnosis; PREDICTA® B, the DNA-based testing service delivered by the South Australian Research and Development Institute (SARDI), can also be used to check stem nematode levels before seeding. To improve detection, supplement the soil sample with 15 pieces of oat, wild oat, faba bean or broad bean stubble from previous crops. Each piece should be 3-5 cm long and taken from the base to first node of different plants.