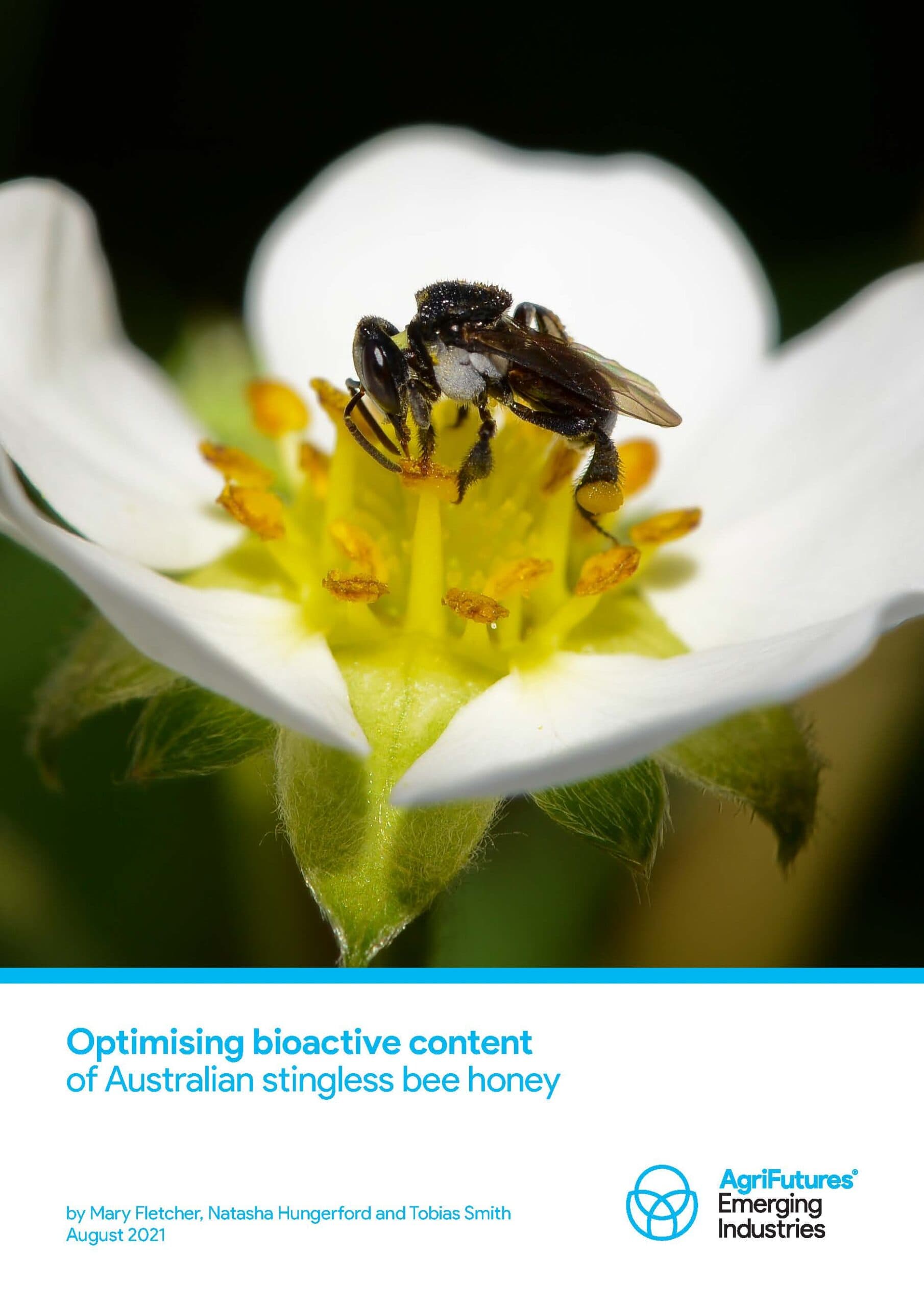 Australia has 11 native stingless bee species (genera Tetragonula and Austroplebeia), and as in other tropical regions across the world, the stingless bee industry is a rapidly growing emerging industry. Yet Australian stingless bees remain understudied. Honey produced by these native pollinators has long been purported to have beneficial health properties, and these claims have been substantiated by the discovery (from this work) that the low GI sugar trehalulose is a major component in these honeys. Research conducted in this project has for the first time established the origin of this rare sugar, and examined honeys from different sources to better understand conditions under which trehalulose is formed.

The natural distribution of stingless bees in Australia ranges from the sub-tropical coastal regions of New South Wales and Queensland to the tropical coasts of Queensland, Northern Territory and Western Australia. This project has examined honey produced by different stingless bee species across wide-ranging environments throughout these regions, from suburban backyards to horticultural crops. The characteristic profiles of both sugar composition and organic acids produced under these conditions have been documented. These provide valuable data to support the development of a Food Standard and also to safeguard the consumer against fraudulent substitution.

These research outcomes will support the Australian Native Bee Association in its quest for an Australian Food Standard to enable stingless bee honey to be accepted as a specialist food commodity, with trehalulose used as a specific marker of authenticity of this high-value product. This improved understanding of the beneficial value of Australian stingless bee honey, and expanding its applications in food, have the potential to support the development of a new industry for Australian native stingless bees beyond pollination services and hobby beekeeping.