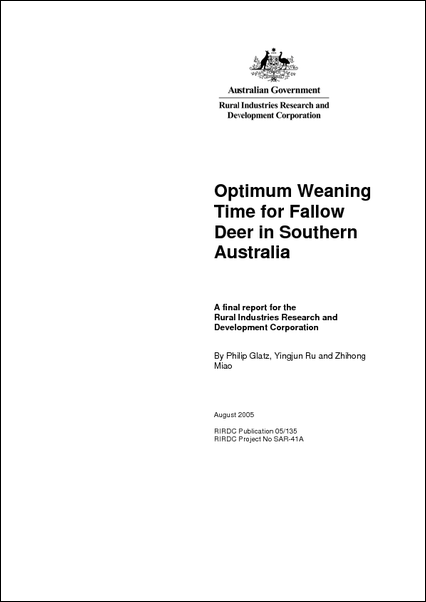 In southern Australia, deer fawn in December and January. Most deer farmers allow fawns to remain with the does until natural weaning occurs. However, some farmers wean fawns in May-June while other farmers wean in March. Farmers need to decide whether they should wean deer early or late given the low availability of feed in autumn and winter and surplus of green feed in spring. This project was undertaken to determine the optimum weaning time of deer. Initially deer weaned early in March had heavier body weight compared to those weaned in May. However by the end of the growing period there was no clear trend showing early weaning was better than late weaning.